What’s That Sound I Hear? 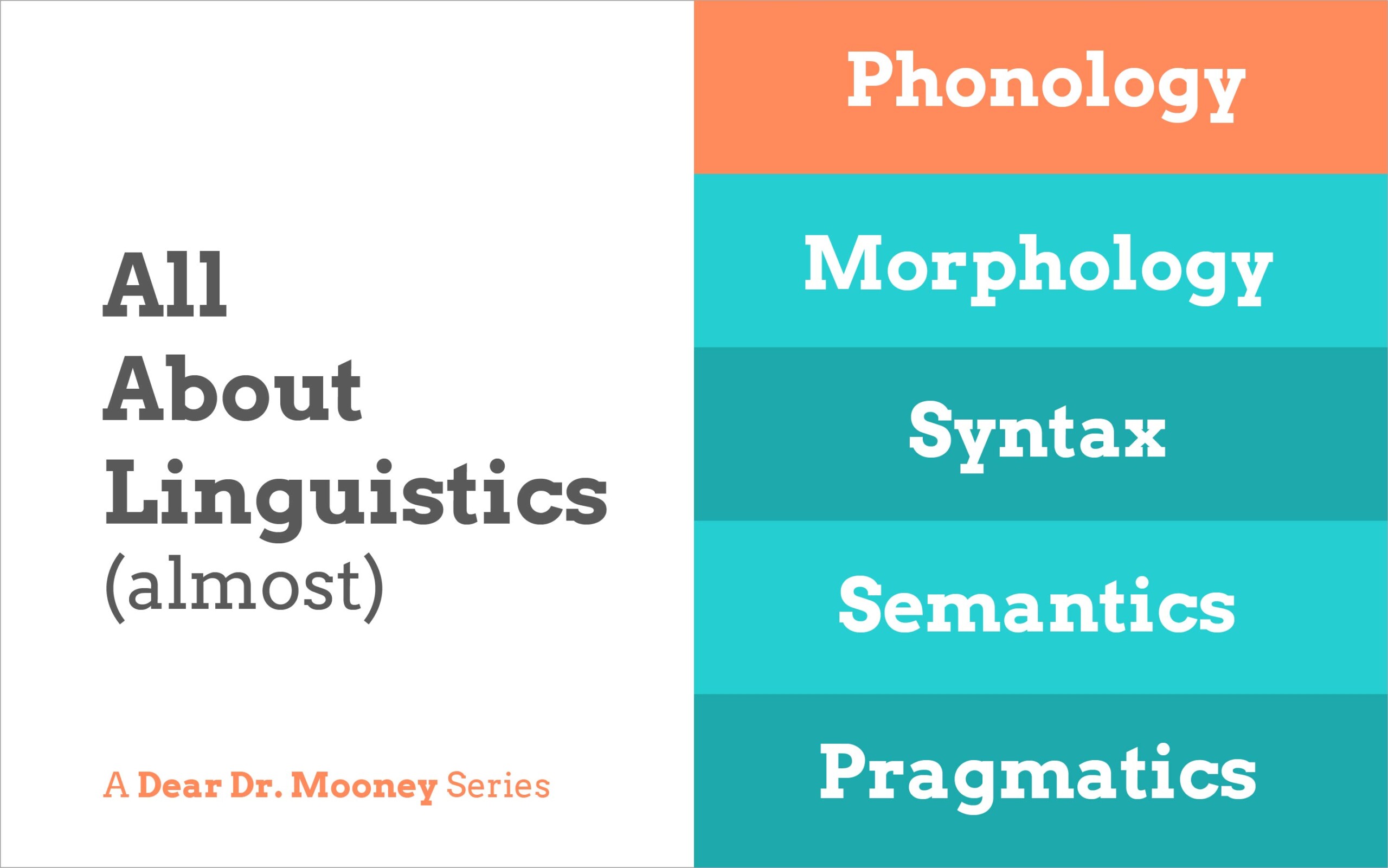 In my teacher preparation program, I studied about how children learn to speak their native language and how phonemes are an important part of sound symbol correspondences when learning to read. However, I wonder how this applies to students learning a second language. Do phonemes and the larger concept of phonology matter much in my classroom with ELs? I’d love to learn more!

This is a great question! Yes, phonology matters a great deal when students are learning a second language. We all realize that to know a language means that we know how to pronounce the sounds of that language in oral speech; however, we don’t always acknowledge that it’s much easier said than done.

You could take a semester long class learning about linguistics, which is the broader field that encompasses phonology. In fact, you could even get an entire master’s or doctorate degree in the field, but I’m guessing you don’t want to go that deep!

Instead, allow me to address highlights of the five most important areas of linguistics over the next several weeks—starting with phonology. I will share a brief summary of the linguistic concept, why it matters to your classroom, and a couple of strategies for implementation.

I think you’ll find it informative and useful. Linguistics can be a challenging field, but it is also so fascinating to learn what we already know about our native language that we didn’t even realize we knew!

Linguists describe these phonemes based upon where we make them in our mouths. For example, we use our two lips to form the /b/ and /p/ sounds, and we place our tongue between our teeth to make the /th/ sound at the end of teeth! English has eight specific places in our oral/nasal/throat spaces where we make sounds. Every human has the same places of articulation (lips, tongue, teeth, etc.), but some are used more or less in other languages than they are in English.

They also describe phonemes based upon how we make the sounds. For some, we stop the air flow for a split second between pushing it out forcefully, as in /t/ and /d/. If you put your hand in front of your mouth when you say “teeth”, you can feel a puff of air. For other sounds, we let the air flow continuously. This is what you do when you make the /sh/ phoneme to quiet your students!

There are Six Manners of Articulation in English. Other languages have additional ways of making sounds, such as the clicks you hear in Xhosa. Check out this video for a quick overview to hear what I’m talking about.

Why does it matter in my classroom?

Many languages, like English, do not have a one-to-one correspondence between phonemes and the letters of the alphabet (graphemes). There are 44 phonemes in English, but only 26 letters. This mismatch of letters and sounds can be confusing to young students, and to most all English learners.

Consider the letter “a”. The “a” in apple is different than the “a” in ape. Same letter, but different pronunciation. It’s also confusing when the same sound is made by two different letters, such as the sound at the beginning of kite and cat.

Other times, the confusion for ELs stems from the fact that sounds may create two separate phonemes in English, but just be variations on the same sound in their native language. (The inverse can also be true.) For example, in Korean there is not a difference between the /l/ and /r/ sounds. So, this makes it difficult for them to distinguish between “lock” and “rock” in English. Korean native speakers literally do not hear a difference between the words!

When sounds are variations of the same phoneme, it’s called an allophone. Literally meaning “all the phones” or phonemes. In English, there are several allophones of /t/. Think about the /t/ sound you make when you say these words: take, nightmare, city, footprint, store. They are each pronounced just a bit differently, but any native English speaker perceives them as all being the same sound. This is the same thing Koreans experience when hearing “lock” and “rock”!

Finally, phonology can help answer the question an adult EL once asked me.

Student: “Teacher, why do you say kicks with /s/ sound, bugs with /z/ sound, and houses with /ez/ sound? It is all plural. Why are the sounds different?”

Dr. Mooney: [Thinking – I have no idea! I didn’t even realize we did that!]

Dr. Mooney: “That’s a great question, but we don’t have time to answer it today. We will talk about it during our next class.”

Of course, I just needed to buy time to look up the reason! And here it is…

It’s called a morphophonemic rule, meaning that phonology and morphology (the study of words) are working together. When we add the “s” or “es” to create a plural, the ending of the base word determines how we pronounce the plural “s”.

If the final phoneme in the word is voiceless (vocal cords not vibrating), then we use the voiceless /s/ sound (kicks).

If the final phoneme in the word is voiced (vocal cords vibrating), then we use the voiced /z/ sound (bugs).

If the final phoneme in the word is the /s/ or /z/ sound, then we add the schwa sound before it so that the ending sound and the plural sound can be distinguished from one another. Otherwise, when you said “houses”, it would sound like “houssss”. How would the listener know if you meant one house or two house(s)?

Crazy, isn’t it? We acquire so much when we acquire our native language!!

Phonology typically enters a classroom in the form of learning pronunciation for newer ELs and with the introduction of phonics instruction.

I would recommend not focusing on pronunciation instruction with younger ELs. For the most part, they will acquire the correct pronunciation simply by interacting with your other students. In situations where students are making dramatically stigmatizing errors, you could offer instruction in those teachable moments. Helping them learn to make the /th/ sound by putting the tongue between their teeth is a good one. Usually looking in a mirror to see what their mouth, tongue, and teeth are doing can be helpful.

This topic could be the basis for an entirely new article! Basically, explicit phonics instruction is very popular these days, but its inclusion is based upon very shaky, even faulty research that was supported by the U.S. government about 20 years ago. Publishers make big bucks pushing their phonics and phonemic awareness curricula, so it has stayed in the mainstream when it should have exited years ago.

Students, particularly ELs, don’t need explicit phonemic awareness instruction. If you think about it, asking ELs to break apart or identify phonemes in a language they don’t know at all is truly asking the impossible. Instead, consider how you can offer lots of rich, real-life language input to your students. Some well-placed, minimal phonics instruction may be useful down the road, but engaging them with compelling content and language is likely to support their language development so much more!

What do you know about morphology?  Maybe more than you think!